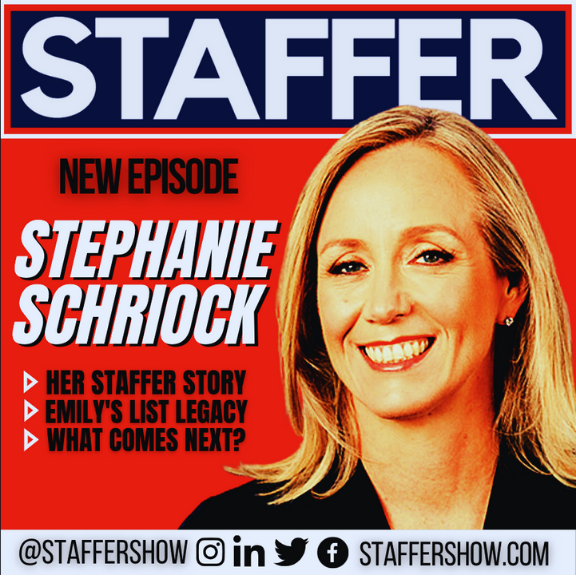 Stephanie Schriock is a name known far and wide in politics. She has been the president of EMILY’s List — an organization dedicated to electing Democratic women to office — since 2010 and has been named to ELLE Magazine’s “10 Most Powerful Women in Washington” list. In this episode, Jim talks to Stephanie about how she got started in politics, her leadership style, and what she plans to do after EMILY’s List, now that she has announced that she will be stepping down as president.

Listen to the full episode.