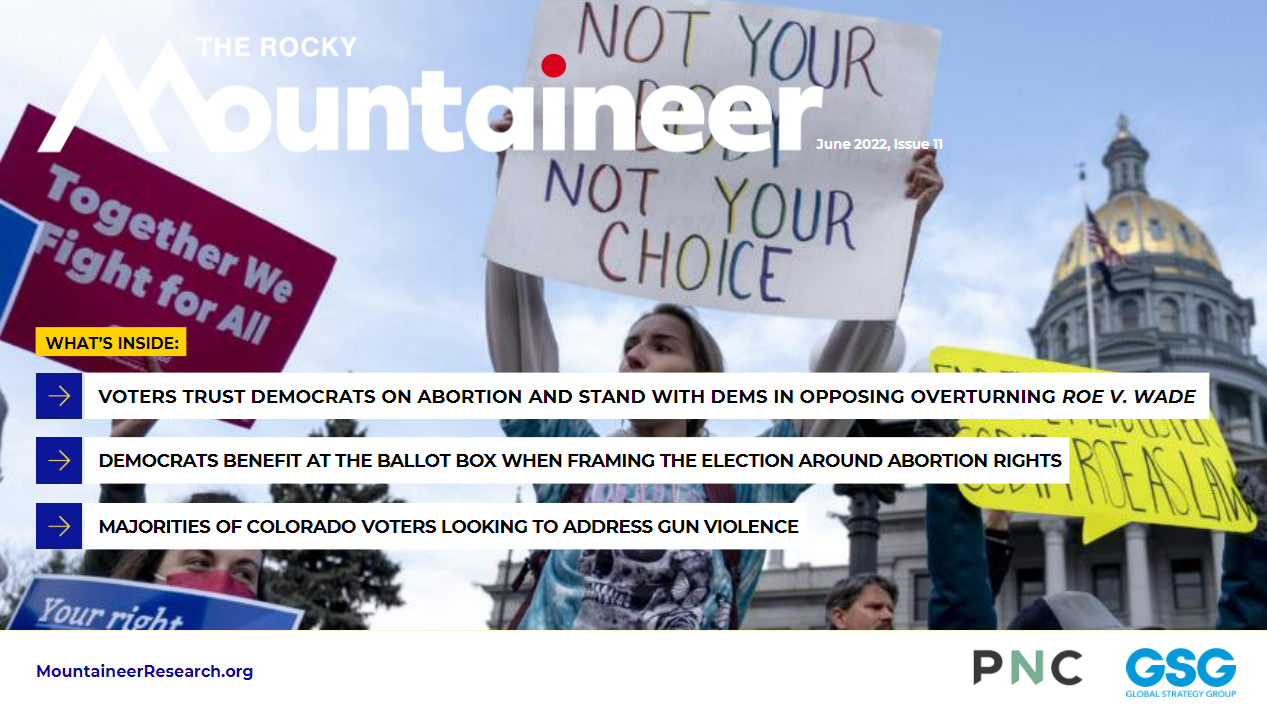 Welcome back to The Rocky Mountaineer: a quarterly survey from Global Strategy Group and ProgressNow Colorado that measures Colorado voter attitudes and provides insights and message guidance for progressive communicators in Colorado on the issues and players that are driving politics and policy in the state.

This eleventh publication focuses on Colorado voters’ attitudes on some of the most salient issues of the day – abortion and guns. See our tenth report for more on the political landscape in Colorado heading into the fall general election.
In this issue…