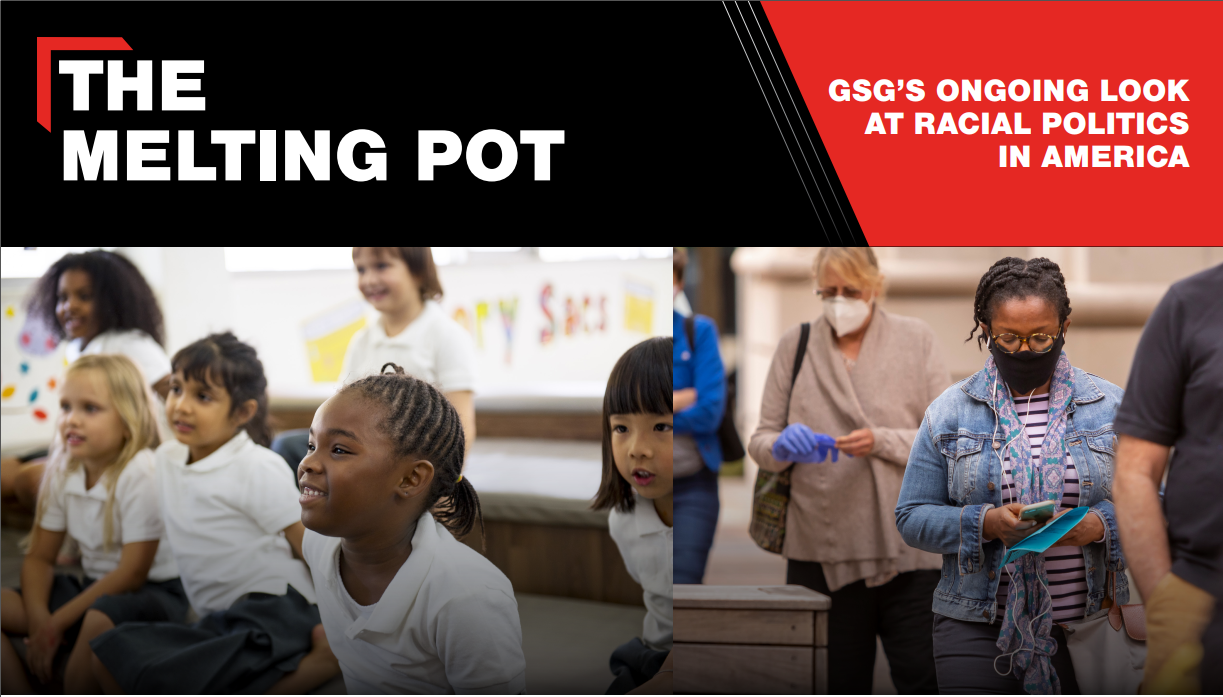 Global Strategy Group is excited to share a new issue of The Melting Pot: GSG’s Ongoing Look at Racial Politics in America. This latest report looks at Defunding the Police and Critical Race Theory (CRT) – two racially charged political issues the GOP has tried to weaponize and use against Democrats.

As we saw this year in elections across the country, schools and education were key wedge issues that motivated white voters to pull the lever for Republican candidates. Our new poll explores what Democrats can say to lower the temperature heading into 2022.