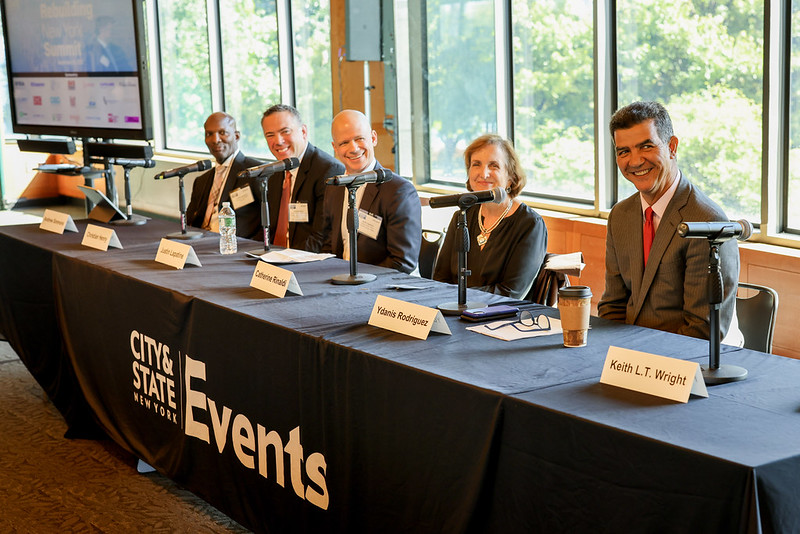 City & State’s 2022 Rebuilding New York Summit brought together influential leaders and activists to discuss several infrastructural issues facing New York, specifically those affecting transportation, housing, building and construction. The use of MWBEs in the future of infrastructure, policy recommendations, public-private partnerships were among the top concerns.

GSG Partner Justin Lapatine spoke during the Rethinking New York’s Transportation Systems panel at The Museum of Jewish Heritage. As the largest and most densely populated city in the United States, New York City and its surrounding areas face unique challenges that put a strain on its infrastructure. The panel featured conversations centered on New York’s subway network, bus systems, ferry routes and the expansion of bike sharing options throughout the region. Panelists also spoke about the region’s successes and imperfections, and the need post-COVID to prioritize public transit investment and multi-modal expansion, while creating thousands of jobs and stimulating economic growth.