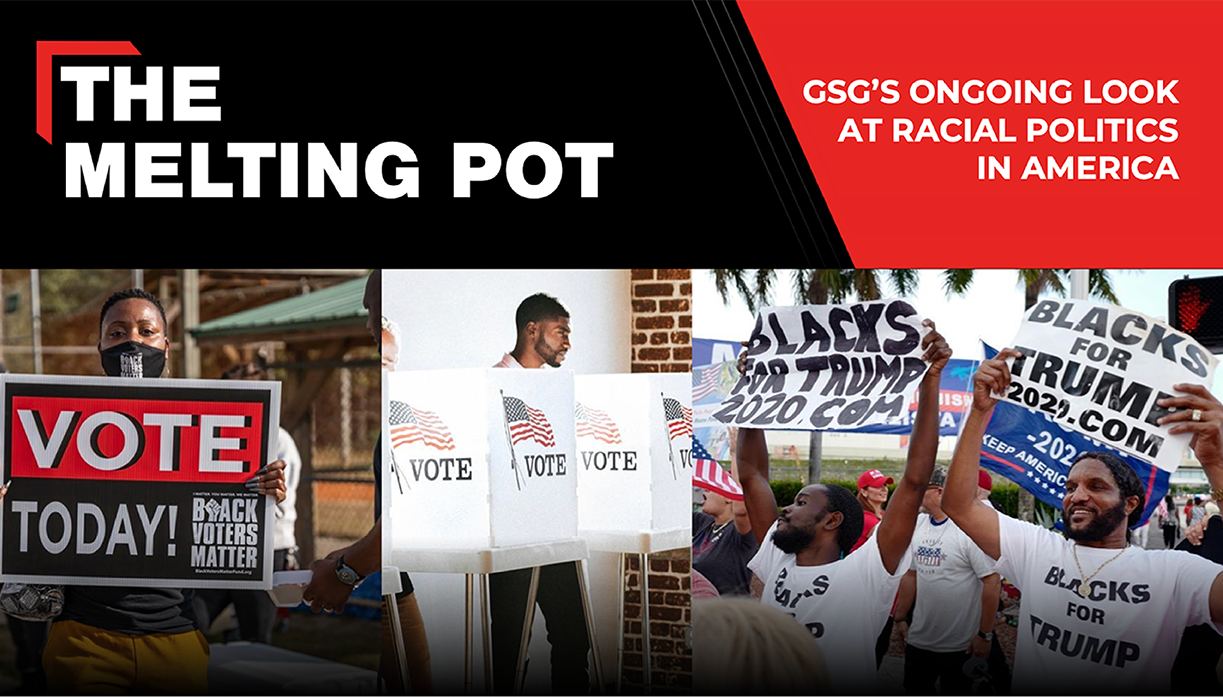 Global Strategy Group is eager to share the next installment in our series – The Melting Pot: GSG’s Ongoing Look at Racial Politics in America.

This latest report takes an in-depth qualitative look at Black voters’ perceptions of the two parties and the state of our politics in 2022 – exploring the reasons why Black voters identify with the political parties they do and how GOP charges of Democratic radicalism, socialism, and identity politics sits with them. Our key findings include: