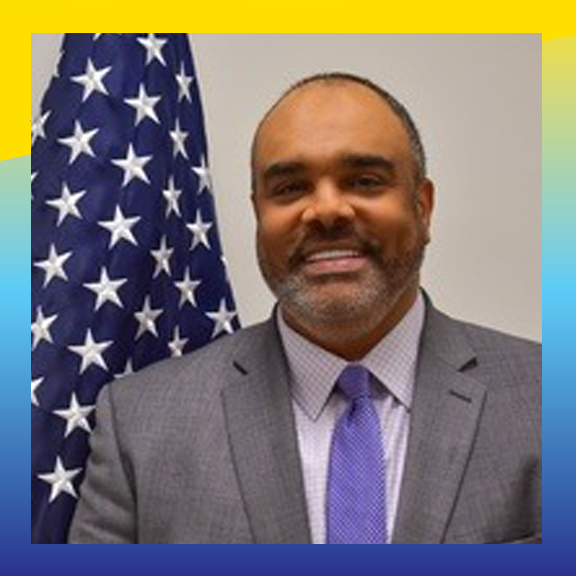 Clint Odom serves as the Vice President of Strategic Alliances and External Affairs for T-Mobile, where he shapes and advances the company’s public policy agenda.

He leads the team responsible for increasing visibility and awareness of the brand among external partners in the community and NGOs to further policy issues, including 5G deployment, internet governance, privacy, and broadband adoption.

In his previous role with the National Urban League, he served as the Senior Vice President for Policy & Advocacy and Executive Director of the Washington Bureau.

Clint also served for a decade in the United States Senate as legislative director for then Senator Kamala D. Harris of California, Democratic General Counsel of the Committee on Commerce, Science & Transportation, and General Counsel to Senator Bill Nelson of Florida.

Many companies have become more active on issues around civil rights and social justice. What does it mean to do that well? What are the fundamentals that companies should think about when they are evaluating and engaging in this work?

It always takes too long to get there. Corporations, like most institutions, move slowly on matters of big societal change. It took the televised attack of children by dogs and police in Birmingham, or the bombing of a church where children were killed, or the lynching of a child in the case of Emmett Till in the 1950s, or the assassination of a civil rights leader to really gain people’s attention and get Congress to start addressing problems that are decades old. Corporations have not been at the bleeding edge of change, but have certainly had to respond to it, especially because their customers and employees are personally impacted by these things.

Sometimes you have people who are leading corporations who are personally affected, look at Ken Frazier, the CEO of Merck. These are the executives who have recently been pushing corporations to get more involved, and companies have responded in varying degrees of success. Some have done things like retired racist tropes around their products. Some have made meaningful investments in the resuscitation of black businesses. Some, like T-Mobile, have responded by making bigger investments in education, in workforce training, and in the availability of broadband to homes that were disconnected because of the coronavirus pandemic. I think there’s been a wide range of responses, and I think all of it well intended. Some of it very easy, some of it right on the money dealing with systemic and long-standing disparities in the country, and some of it has been very superficial.

Like most things, leadership begins at the top. I think leaders, through words and deeds, must make everyone understand that this is not a transitory issue. We are not at a point on a continuum, but we are at a tipping point. This work is not going to be quick. It didn’t happen quickly, and it won’t be resolved quickly. But I think leadership from the top sets the tone for the rest of the company. One of the biggest threats to reform is fatigue. And if you look at public polling, you’ll see people using George Floyd’s murder as an example.

Public sentiment has swung in a very short amount of time about the circumstances around Mr. Floyd’s murder. Even the term “Black Lives Matter,” in a very short period of time has undergone a big change in public opinion. There are some people who still won’t say the phrase, “Black Lives Matter.”  But increasingly, companies are responding to what’s going on, whether it be these voting laws that are popping up all over the country or the social justice movements. We’re starting to see more willingness to actually say the words and taking actions that demonstrate the value.

Even before this administration came into being, we started to see the ascendancy of companies with market capitalizations that exceed the entire domestic output of countries, even exceeding a trillion dollars. These companies have outsized influences in every aspect of our lives. Their influence in government has always been substantial, but perhaps even more so in the last few years. As always, companies must adjust to who is president of the United States and which party controls government.

When the Biden administration announced that its priorities were going to be around COVID-19 recovery, financial recovery, racial equity, and the environment, there was a predictable response by companies to those priorities. Companies either cast their existing initiatives as furthering those goals, or made course corrections in their business that met those goals. This is no different than it has been in other years. However, this is the first time that I can think of that racial equity was an explicit goal of an incoming administration, even during the Obama administration, when it was more assumed than explicit. Historians will debate whether or not it was reflected in the policies of the Obama administration, but this is different. I think companies are realizing that racial equity is on the agenda, and they better figure out how to position themselves on those issues.

How do companies make the business case for corporate engagement and social impact work?

Some companies like T-Mobile have understood for quite some time what the demographics of the country are. You can look in states like California, Texas, Florida, and New York, and you can see the future of the country. In fact, I believe some of the violence that we saw on January 6th was a reaction against those demographic trends.

T-Mobile serves one of the most diverse customer bases in the country. Our commitment to diversity, equity, and inclusion is the right thing to do, and it’s a business imperative that we have always acknowledged and understood. The work we do in diversity, equity, and inclusion is more about connecting with the communities we serve in a business-to-business and philanthropic way, not just a commercial transaction where we’re selling services and goods. We want to connect with these communities more deeply, which is why T-Mobile made a $30 million investment in the areas that we serve in October of 2019, even before the George Floyd social movement began or the disparities that were revealed because of the pandemic.

We see the communities that we serve as our lifeblood, and we do not want to be people who exclusively extract value from these communities. We want to impart value, which is why we’ve been so adamant about supplier diversity and making philanthropic investments in the not-for-profit sector, especially in historic civil rights organizations who are involved in voter registration, the census, closing the digital divide, and increasing minority homeownership. These are the investments that we are making, not just because it’s the right thing to do, but because it’s important for the sustainability of the communities that we serve.

It’s very much in our business interest to have a diverse group of employees and senior corporate folks who are always in the ear of the CEO and the C suite, to remind them about these issues so that they aren’t fleeting or transitory. We will not become fatigued by them, instead we understand that this is a part of our DNA, as natural as breathing.