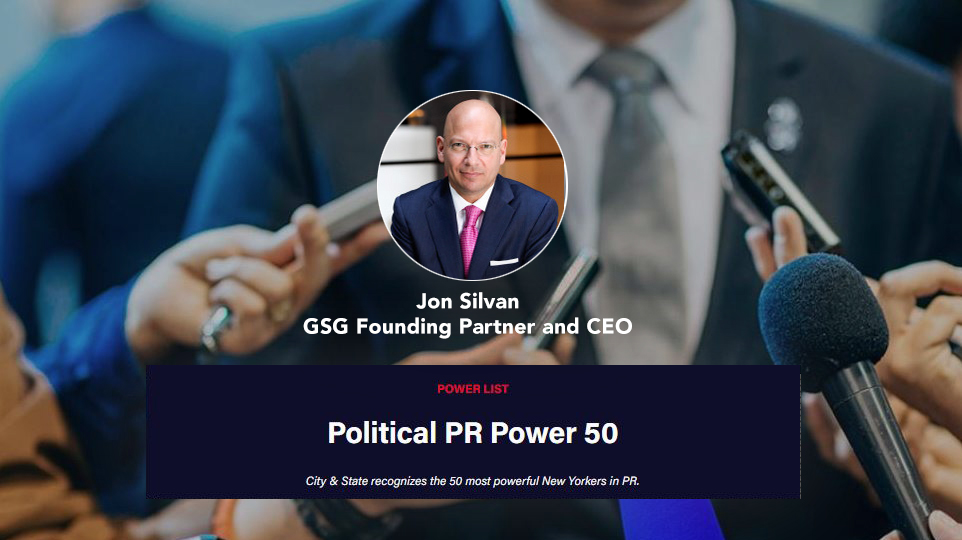 “Global Strategy Group has come a long way since its launch as a polling firm, capitalizing on its expertise in crunching numbers to expand into public affairs and strategic communications. Jon Silvan, who co-founded the firm a quarter century ago, has positioned it as a national player representing candidates, companies and causes at the intersection of business and politics. In New York, Global Strategy Group has advised many of the state’s leading Democrats, including Gov. Andrew Cuomo, Attorney General Letitia James, U.S. Sen. Kirsten Gillibrand, New York City Mayor Bill de Blasio, a dozen members of the House of Representatives, and other local and state elected officials. Silvan assisted Silverstein Properties as it rebuilt the World Trade Center site and has also worked with the Port Authority of New York and New Jersey. Global Strategy Group, which has a half-dozen offices across the country and works with dozens of major companies, also has represented big New York players like Airbnb, 1199SEIU and 32BJ SEIU, and a handful of city and state agencies.”