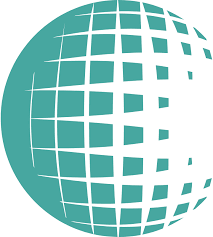 GSG was hired by the Rockefeller Foundation to help it define and communicate on its Inclusive Economies portfolio. We worked with the foundation to develop 100×25, a campaign to engage our country’s leading CEOs to reach a goal of 100 women CEOs of Fortune 500 companies by 2025. We wanted to spark greater awareness of the gender gap in business leadership and influence CEOs and other leaders to push for more inclusion in the C-suite.

The Foundation’s President launched 100×25 during a panel that GSG curated at the 2016 Forbes Women’s Summit with the backing of several influential CEOs. As part of our launch strategy, we conducted opinion research to better understand how Americans viewed gender parity in leadership and who Americans believed had the power and capacity to accelerate change. This research was packaged in a report that was released publicly and presented with an infographic and video, as well as promoted on social media channels.

The launch and campaign to date have garnered positive media coverage from publications such as Fast Company, New York Magazine, Forbes, and The Huffington Post. Not only have the campaign’s assets – research, infographic, and video – been featured in the coverage, but the core messages about 100×25 and inclusive economies permeated the stories.

Bringing Bus Rapid Transit to Cities Across the U.S

GSG has led the Rockefeller Foundation’s public affairs campaign to raise awareness and support for bus rapid transit in cities throughout the U.S. including Boston, Chicago, Nashville, Pittsburgh and New York City. In each city, GSG partnered with local agencies to shape city-specific strategy and tactics, and lead on the ground execution in their respective markets.

As a strategic starting point, we used research in each market to understand existing perceptions about public transportation, identify potential concerns, and develop the most persuasive benefits and messages in support of BRT that would resonate with local audiences. Based on the research findings, we built and executed the campaign from strategy development, to messaging and targeting, to media relations, to community outreach and advocacy, which included coalition-building, influencer engagement and grassroots outreach.

The result has been significant advancement of BRT momentum in each city, and in particular in Chicago and New York City. Chicago’s first BRT route opened in late 2015, and New York City plans to break ground on its first route in early 2016.

The Rockefeller Foundation and The United States Department of Housing and Urban Development (HUD) partnered in announcing a competition for $1 billion in federal funding called the National Disaster Resilience Competition (NDRC). Global Strategy Group was hired to support the competition with public affairs and strategic communications support.

GSG leveraged its contacts across the country to engage with all 67 eligible jurisdictions at the highest levels of government to ensure their participation and facilitate greater understanding of resiliency. Working in concert with the Rockefeller Foundation, GSG helped plan and execute a well-attended Summit in Washington. GSG secured interviews with targeted reporters to promote the summit.

GSG was instrumental in planning and staffing five regional academies in Atlanta, Boston, Seattle, Chicago, and Kansas City where jurisdictions gained access to technical experts and heard from top thought influencers in the field.  Timed with the regional academies, GSG authored and secured placement of op-eds in major regional and national daily newspapers.